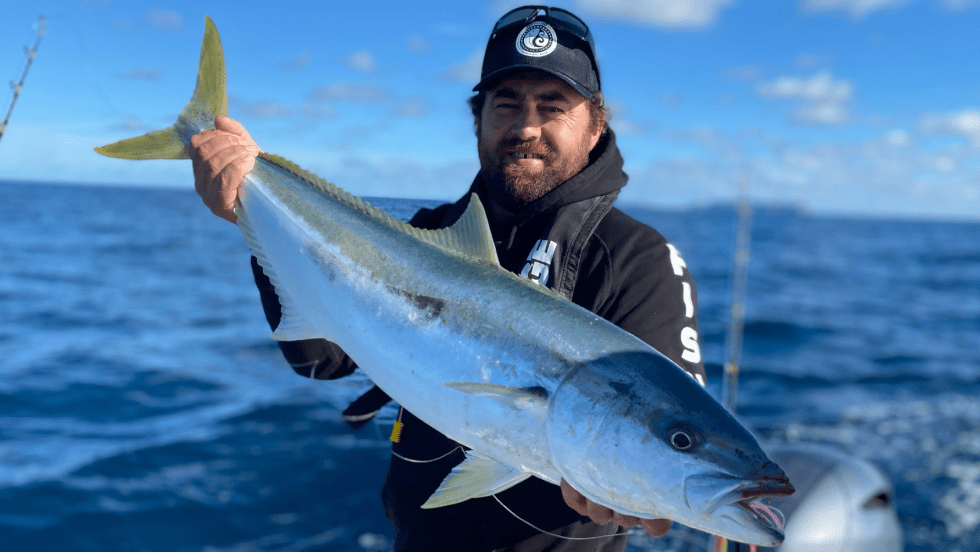 When planning for a successful fishing trip you’d best know what the moon is doing,first.

Fishing by the maramataka – the lunar calendar – is the premise of MOON TIDE FISHING, premiering Tuesday 26 July at 8.00 PM on Whakaata Māori and Māori+.

There’s more than just helpful advice and information on offer, too.

Viewers can watch the show for a special code and then go to whakaatamaori.co.nz/moontidefishing to enter a competition to win one of three great Edge fishing gear prize packs, supplied by Burnsco.

The show’s host, Nore Martin (Te Rarawa), promises viewers they can look forward to gaining a better appreciation of the maramataka – the moon’s phases.

“The maramataka has been helping to sustainably feed tangata whenua for generations,” says Nore Martin.

“It’s true that some might be lucky enough to catch fish any time they go out, but it’s also true that,through an understanding of the maramataka, they can better plan for success.

“And with the rising cost of petrol who wouldn’t want to make the most of their outing to ensure they don’t end up having to visit the fish and chip shop on the way home, to get their feed of ika (fish), says Nore.

Nore Martin credits his mentor and respected kaumātua, Rereata Makiha (Ngāti Whakaheke, Te Aupōuri, Te Arawa), for giving him a knowledge of maramataka that goes beyond simply the phases of the moon.

“Throughmillennia of observation our tūpuna identified not only the best times to plant, fish, and plan important events, but also when to give the environment a break and take time out to look after ourselves.

“While it’s important to follow our traditional mātauranga (knowledge),we must also contribute to its expansion for future generations by recording our own observations in the current changing environment," says Nore.

“Learning never stops and I am grateful for people such as Rereata Makiha for sharing their knowledge.”

“Serious anglers will always find a place for high tech equipment and things like Fishfinders, but that technology will never deliver an intimate relationship with our ancestors, and the environment,” says Martin Cleave.

COMING UP ON MOONTIDE FISHING:

EPISODE1: FAR NORTH BATTLE – Nore Martin travels to the winterless far north for an epic land base session off the rocks, where his cousin Josh Bowman gets tested to his limits.

EPISODE 2: NETTING IN THE SURF – Nore and his cousin Kurtis head out on a Kanae (mullet) netting session when the seas are rough and the days are long.

EPISODE3: KARIKARI – Nore Martin and Flynn Jack travel to Cape Karikari in search of monster warehenga/haku (yellow tail kingfish) at a time when the fishing is hot.

EPISODE 4: TE TUAURU – In an unusually settled period of weather for this maramataka phase, Nore and his cousins go north for some rock fishing on the west coast. Their mission: fill the chilly bin with tāmure for a special event.

EPISODE 5: TĪKAPA MOANA – Nore Martin and one of the Matau Bros travel out from Tāmaki Makaurau to target big tāmure (snapper) and warehenga/haku (kingfish), and land something quite special.

EPISODE 6: TE HIKU O TE IKA – Nore Martin and Flynn Jack try their hand at catching a Marlin on the east coast of the far north at the end of the season. What they do land is something extraordinary.